What now for the Premiership?

The Welsh Premiership clubs haven’t played a game of rugby since March 7, 2020, due to the Covid-19 pandemic. But there’s now light at the end of the tunnel, with both Pontypridd and Cardiff set to host London Welsh in pre-season friendlies in July and August.

So it’s an appropriate moment to look at what the future holds for the 12 Premiership clubs, in terms of a return to league action, Welsh Rugby Union funding and their role within Welsh rugby.

With this in mind, WalesOnline has spoken to Premiership clubs chairman Jonathan Jones. 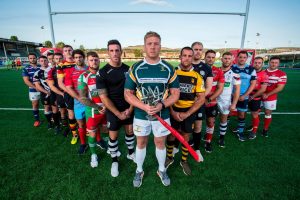 It’s been a long 14 months without rugby for the semi-professional Premiership clubs, with only elite sport having been permitted to resume in Wales amid the pandemic. As things stand, the WRU plan is for club rugby matches to resume around August time, but with the leagues not starting up again until the new year. So how do the Premiership teams view the situation?

“It was a painful decision that saw us having to shut down, but a decision by Welsh Government that we agreed with,” said their chairman Jonathan Jones. “We wouldn’t want to have done anything that could put members of the community at risk and that remains the case now. We have been very adult and mature about it and that will continue.

“There are a number of options that are being discussed in terms of returning to playing. In an ideal world, we would like to start the league back up in September, but I can’t see us getting that. We have to be realistic. We are working in a very fluid situation and we have to go with what is permitted under the regulations in Wales.

“If you can tell me what Mark Drakeford is going to allow to happen, I will give you a date. We will have to see what the progress is as things begin to re-open. There are a lot of things to iron out in the next six weeks, in terms of the advice from Welsh Government and the WRU.”

Following a review commissioned by the WRU, big changes were introduced back in 2018.

Regional A sides were set up, based on a view that there was too big a gulf between the Premiership and the PRO14. These A teams were now to be the key developmental stepping stone, with the Premiership having less of a role in that area. Tied in with that, funding to the Premiership clubs was to be reduced from £92,000 per team to £50,000 over a four-year period.

“It’s a matter of public record that we didn’t think a lot of the decision,” said Jones, who is also chairman of Ebbw Vale. “We were pretty much told we were no longer part of the player pathway. We were seen to be not fit for purpose.

“We disagreed with that. We didn’t exactly pull any punches on it at the time. We were fairly explicit and clear. We were quite angry with the way it was managed. You had set of criteria in place, via the A licence, to develop players. We were told we would still have to meet the criteria and fund it, but, ‘by the way, we will cut your money and you are no longer part of the pathway’. It didn’t make any sense.”

The new set-up saw regional A teams playing in a Celtic Cup against Irish provincial A sides in the early part of the season.

“We thought it was fundamentally flawed and I think we have been proven right,” said Jones.

“It was sold as an Under-23s competition, which never happened. Having been told we were not fit for purpose and not part of the pathway, it ended up last season with the regional A teams in the Celtic Cup being packed with Premiership players because they didn’t have the resources, which was something we pointed out from day one. Plus, you can’t develop players on four or five A team games a season. You improve in most walks of life by actually doing, not just practising.

“Of course, you’ve got to train and train hard and professional set-ups do, but you have to play rugby. Maybe the regions are thinking differently now on the A teams. I can’t speak for them. As for what will happen? It’s Welsh rugby, who knows? What happened is water under the bridge.

“It’s a different time, there are different people involved and we need to look forward not back. But our stance has never changed. If you go back to when those decisions were made, we firmly believed we were part of the pathway. If you look at the number of regional players that have played in the Premiership, it is pretty high. So our case that we were part of the pathway was proven.”

Wales prop Wyn Jones played close on 100 games for Premiership club Llandovery before establishing himself with the Scarlets. Now he is a Lion.

“When you look at Wyn, you see a vindication of what we have been saying over the years,” chairman Jones said. “He is a very good example because he wasn’t in any Academy set-up, from my understanding. He developed through the Premiership into the Scarlets squad and from there he went on to be a Welsh international and become a British Lion, which is the ultimate accolade in UK rugby.

“I’m not saying the Premiership is packed full of future Lions but there are other examples. Leon Brown played a lot of Premiership rugby, Jarrod Evans and Dillon Lewis played a lot for Pontypridd, you had Morgan Morris with Swansea. Jac Morgan is a great example of someone who benefited from the Premiership. He was let go by an Academy, he played for Aberavon, did really well, signed for the Scarlets and is now seen as one of the best young forwards around in Wales. There are lot of guys coming through that had opportunities in the Premiership. We are not the only answer, but we are part of the answer.”

“I don’t envy the WRU the task they have at the moment. But our funding level is a key discussion point, along with the pathway and the purpose of the Premiership. We are in regular dialogue with the WRU and I am hopeful the right decisions will be made that benefit player development.”

The format of the Welsh Premiership has changed countless times over the past 15 years or so. It’s gone from 16 clubs to 14, to 12, to 16 and back to 12, with regional sections and play-offs along the way. For now, it seems settled at 12.

“As far as we are concerned at the moment, there is no change planned,” said Jones. “We haven’t had any big conversations about the numbers. It’s a better standard with 12 clubs. I think 16 gives you too many games as semi-pro set-ups. It’s a big ask on players.”

Pontypridd board member Mark Rhydderch-Roberts recently identified being part of a British and Irish League structure as the best way forward for the Premiership clubs. So what’s the official position on that?

“We haven’t had a meeting to discuss that yet,” said Jones. “But, speaking from Ebbw Vale’s point of view, we would want a cross-border competition because we think that helps develop players. I am pretty sure the view of the Premiership clubs is they felt losing the British and Irish Cup was a loss. People enjoyed that, supporters, players, coaches. We signed up to play the Scottish Super Six pre-Covid and there was a good appetite for those kind of competitions.”

So, what exactly is the purpose of the semi-pro competition going forward?

“The role of the Premiership has never been clearly defined,” said Jones. “That’s been one of the issues. That needs to happen before you move anything forward. We have to understand what our place is in Welsh rugby. It’s as simple as that. We are part of the food chain.

“We are in regular discussion with the WRU and hopefully that will end up with the right result, which is what is best for Welsh rugby in terms of developing players for the professional game and ultimately the international team.”