Pontypridd flanker Morgan Sieniawski has earned a deserved call-up to the Wales Sevens senior squad that will contest the upcoming world series tournaments in Dubai and Cape Town. 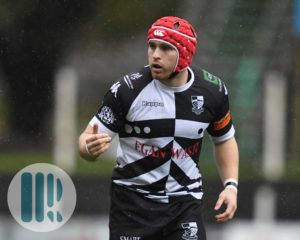 The dynamic back rower has been on top form, starting all nine of Ponty’s matches in league and cup this season and consistently proving himself as a standout performer.

Sieniawski will now travel with Wales Sevens to Dubai on the 5th December then on to Cape Town in South Africa on 13th of December. New national coach Darren Edwards has been experimenting with his squad, drafting in a number of new players, which now includes Morgan Sieniawski.

Speaking before his departure to Dubai, Morgan Sieniawski said: “Everything has happened so quickly, from the call I received from Darren Edwards at the end of one week, to training with Wales the following Monday, to being named in the squad, its been a lot to take in.

“Every player will want to represent his country at the highest level possible and this feels like a dream come true for me, to play for Wales and to travel the world.

“I will hopefully take the coming weeks in my stride then consider my options. I’ve always wanted to play for Ponty and any decision to leave the club, for however long, will be a very difficult one. For the time being I will give it 100% with Wales then look at the bigger picture and see where my future lies.”

Everyone at Pontypridd RFC will give their backing to Morgan Sieniawski as he steps up to international duties with Wales, knowing that his outstanding performances at club level have fully justified that opportunity.