A minute’s applause was held before the Pontypridd v Merthyr match on Saturday 16th September, in honour of club stalwart Martyn Lewis. The following article, penned by Mark Langford on behalf of the Pontypridd RFC Mini & Junior section, appeared in the match programme… 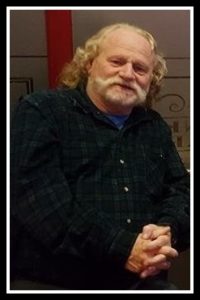 Those of you that knew Martyn will be aware of his colourful character, his support of Pontypridd RFC and his unstinting service as the cornerstone of the mini and junior rugby section. Although our thoughts now are with Martyn’s wife Cathy, daughter Rachel and son Rory, we pen this brief article as a celebration of the achievements of a truly great man.

Martyn, a well educated and widely travelled man grew up in Porth where he attended Porth County Grammar School before moving to London and continuing his studies at Acton Technical college, eventually graduating from the University of London. Martyn always had a passion for travelling and the recollection of some of his exploits over a beer in the bar would often bring a tear of laughter to the eye. One such memory that some of his older friends will share was from Martyn’s earlier working life when he spent a few years in Saudi Arabia. On his visits back home he would often be seen walking through Porth dressed like and Arabian Prince – the colourful character Martyn was.

Martyn had always been a rugby man and although he worked away for a large part of his early life, when at home he would turn out for the second team at Porth RFC.

He had been a supporter of Pontypridd RFC for many years but his involvement with the mini and junior section started in 1996 when he, Mark Newbury, Islwyn Johns and Dai Legge first discussed the setting up of junior teams over a pint in the club. With the committee formed, Martyn becoming secretary, Mark as chairman, Islwyn as treasurer and Dai as head coach – all they needed was players. Following a local poster campaign they managed to get enough interest to play their first mixed age group team at Sardis Road in December 1996.

Since those early days Martyn remained the one ever present and the cornerstone of the section giving over 21 years of dedicated and selfless service to the youngsters of Pontypridd. Over this period, he guided and steered the section to where it now runs eleven teams and has over 200 active players. He oversaw and orchestrated the establishing of Taff Vale Park as the section’s home ground with its two pitches and the building of its changing facilities. He was also instrumental in the resurrecting of the youth team after an absence of several years, a team that continues to provide a fantastic opportunity for the children of the section, now back under the direct management of the senior club.

During this time Martyn never asked or wanted anything in return for his services other than to see the children and young adults of the area given the opportunity to enjoy and play this great game.

Those of you that knew Martyn will agree that although he may not have been the biggest man in terms of stature, he was a truly larger than life character with a great sense of humour and a real zest for life. He will always be remembered as a giant within the age grade structure of Pontypridd RFC.

Although the final whistle may now have blown, Martyn will continue to be honoured for the legacy he leaves and will maintain the gratitude of the parents and many hundreds of children that have passed through the junior and youth sections of this great club.

God bless you Martyn Lewis, a true gent and a wonderful man – thank you from us all.

On behalf of the Pontypridd RFC Mini & Junior Section