The GTFM Ponty Rugby Show will be broadcast at 6:45pm on Wednesday evening 7th December and joining Adam Cleary as the special guest this week is Ponty outside-half Ben Burnell.

Ben has just re-joined the club and played a prominent role in the team’s win at Aberavon last Saturday – his first game back for Ponty. He’ll be chatting to Adam about how it feels to be playing for a team coached by his dad, his return to Pontypridd from Cardiff and the win over Aberavon in the Welsh Cup last Saturday.

Guto Davies will be presenting the regular Newsround section which will include a round-up of everything Ponty RFC-related as well previewing the team’s return to Premiership action, at home against Ebbw Vale this Saturday 10th December.

GTFM has expanded its FM coverage and can now reach the whole of the Cynon Valley – on 107.1FM for the Aberdare area and 100.7 for Mountain Ash. Broadcasts for Pontypridd and the rest of RCT continue on 107.9FM. The channel can also be accessed on-line and by app. 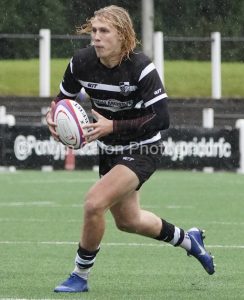