Pontypridd Youth continue to push for glory in the WRU National Play-Off Finals as they face Nant Conwy in the semi final tie on Saturday 12th May. 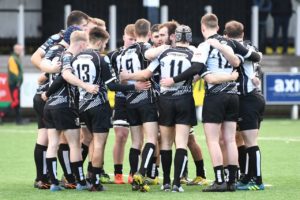 Pontypridd advanced through the quarter finals with a 33pts to 27 victory over Dragons A champions Newbridge the previous weekend. Ponty tries were scored by Iwan Trick-Edwards, Shaun Webber, Dafydd Lloyd and Will Holmes with captain Rhodri Smith adding a conversion and penalty and man of the match Bailey Roberts kicking one penalty.

The semi final against North Wales side Nant Conwy will be played at the neutral venue of Llanidloes RFC kicking off at 2:30pm.