Jack started playing rugby for his local club Pencoed RFC at the age of 10 and played all of his mini and junior rugby for them until he was sixteen.

It was as a 16 year old Jack was selected to play for the Ospreys East U16’s and then later that season for Wales U16’s. Jack was part of the Ospreys academy for two years, as a result playing for their U18’s and playing for the Ospreys ‘A’ in the British and Irish Cup. International representative honours continued for Jack, for the following two years he was involved in the Wales U20’s set-up gaining caps along the way. 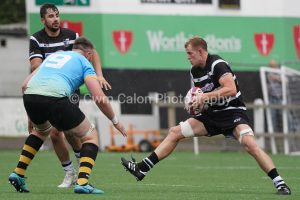 However it was at the ripe age of 17 Jack signed for Bridgend Ravens and during his time at the Brewery Field he gained experience of playing in the Welsh Premiership. The potent ball carrying lock then signed for Pontypridd RFC just prior to the covid-19 pandemic but had to wait 18 months before he could make his debut for the club.

On his move to Ponty, Jack said: “Pontypridd is a club with huge history. Looking at the players who have played here and the reputation the club has is incredible. It was, and has continued to be an exciting opportunity to play for Ponty and I feel I’m developing my skill-set as a player at the club.”

Jack, who works in Bridgend College as a WRU Development Officer and Lecturer has been involved in all of our matches so far this season making 9 appearances to date for the club. 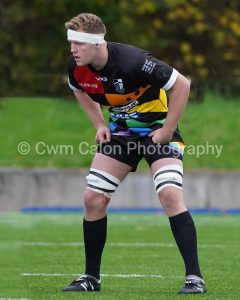