Lenny Woodard joined up with Pontypridd having previously played for Ebbw Vale and London Welsh, and with a senior Wales cap to his name, won on the 1999 tour to South Africa. 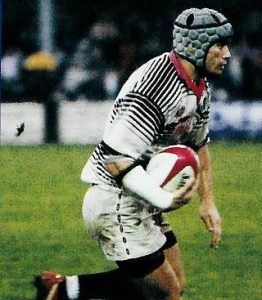 Also a Wales rugby league international, Lenny was a powerful runner out on the wing, and went on to score seventeen tries for the Sardis Road club.

He then departed to join Pontypool and later went on to play for Aberavon, breaking seasonal try scoring records for both clubs.