Treorchy boy Tomos Williams graduated through the Blues Academy and was given a placement with Pontypridd in 2013. 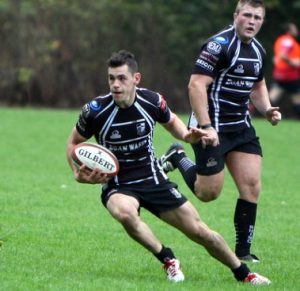 A lively scrum half, Tomos made a huge impact for the club in its successful Premiership and British & Irish Cup campaigns, often competing with his older brother Lloyd for the no 9 shirt.

A regular in the Wales under 20 team, Tomos made 33 appearances for Ponty, scoring 8 tries, before taking up a senior contract with the Blues in 2016 and going on to be capped by Wales on the 2017 summer tour of Tonga and Samoa.