Born in 1860, Thomas Williams played club rugby for Cardiff and Pontypridd and international rugby for Wales. A solicitor by profession, Williams would later become a national selector for the Welsh Rugby Union. Williams was also responsible for suggesting the singing of ‘Hen Wlad fy Nhadau’ in a match in 1905, the first time a National Anthem was sung before a sporting event. 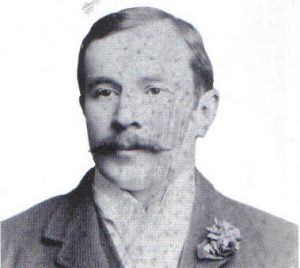 He first came to note as a player, representing Cardiff and appeared for them in the Welsh Cup final win over Llanelli in 1881. In 1882, Williams switched to Pontypridd, and it was during his time with Pontypridd that he was selected for his one and only Welsh international cap against Ireland. After his playing career had ended, Williams became heavily involved in the Welsh Rugby Union taking up a position as an administrator for the Mid-District and as a national selector. Thomas Williams passed on in 1913.