Hailing from Tonyrefail, Lewis Kyle Williams represented his local club at junior and youth level, being drafted into the Blues development structure. 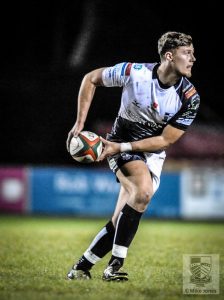 Capped by Wales at youth and then under 20 level, Lewis was allocated to Pontypridd from the Blues Academy in 2010 and 2011, interspersed by a stint with Glamorgan Wanderers.

Having been released by the region Lewis spent time with Bridgend but returned to Pontypridd on two further occasions, going on to make 92 appearances as an influential playmaker, amassing 475 points and becoming known to the club’s fan base as ‘Special K’.