Having been capped by Wales at all youth levels, Lee Williams made his mark at senior level as a powerhouse lock with Bargoed RFC, featuring in the club’s rise to Championship level. 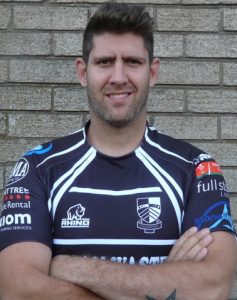 After spending time with the Getxo RT club in Spain in 2009, Lee gained further experience in the Premiership as a permit player with Bedwas in 2010 and then joining Neath during the 2012 season.

In the summer of 2013 Lee Williams was signed up by Pontypridd, his physical prowess as a line out ball winner and as a dynamic carrier in the loose, undoubtedly enhancing the club’s forward options.

Making ten appearances during the ensuing season, Lee Williams was forced into early retirement due to a persistent knee problem.