Tight head prop Huw Williams-Jones represented Pontypridd at an early stage of his career, making ten appearances during the 1982-83 campaign and scoring one try. 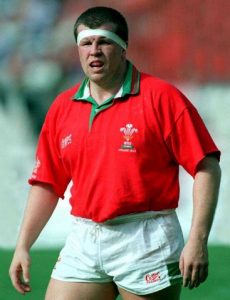 He went on to play with great distinction for South Wales Police and Llanelli, winning 17 senior caps for Wales between 1989 and 1995.

After retiring as a player Williams-Jones took up a coaching and management role with his local club Bridgend.