A native of Aberdare, Jonathan Williams played his junior and youth rugby for his hometown club, and gained international honours at the under 16 age level in both Union and League codes. 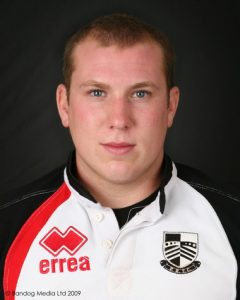 Having also represented Abercynon Youth, Jon returned to Aberdare as he stepped up to senior level during the 2008 – 2009 campaign.

Already gaining a reputation as a highly physical operator in tight and loose, Jon was given the opportunity to trial with Pontypridd during the summer of 2009, and was immediately signed up for the following season, having impressed in the club’s pre-season friendlies.

Jon departed Pontypridd at the tail end of the 2010-2011 season after a long-term injury curtailed his appearances.