Hailing from Ferndale, Alex Webber came through the hugely successful Rhondda Schools system as a member of the dominant Dewar Shield squad. Graduating from junior level as a strong, fast winger or full back, Webber also made his mark as a rugby league player with the Celtic Crusaders and was capped by Wales Youth in the thirteen man code.

Going on to represent Ystrad Rhondda in their successful climb to Division One level, the power and pace that Webber displayed, as well as his capability as a potent try scorer, was already making a mark. 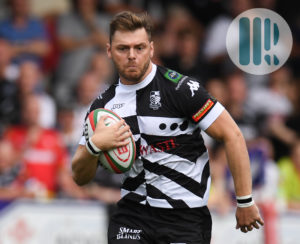 Upon his return from a spell playing for Greyston Marists in New Zealand, and back with Ystrad Rhondda, Webber was called up to the Wales Sevens development and then senior squad. He went on to cement his place in that squad during the IRB and World Cup tournaments of 2013. Webber then signed up for Pontypridd in readiness for the following season.

Over the coming seasons he established himself as a prominent attacker, a regular contender as top try scorer both for his club and in the overall Premiership rankings.

Having totalled 120 appearances for Pontypridd, with a try tally of 69 to his name, Alex Webber departed the club in 2021.