Hailing from Aberdare, Sam travelled to Resolven and Merthyr to play his junior rugby before stepping up to the Pontypridd Academy. 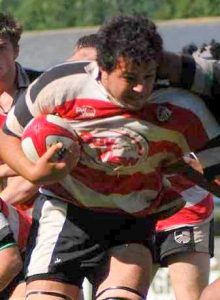 Gaining international honours with Wales at under 18 and FIRA under 19 levels, Sam was drafted into the Celtic Warriors Academy.

Having played games on permit for Llanharan in the premiership during the 2004/2005 season, Sam was selected for the Wales under 21 party which contested the World Cup tournament in Argentina during the summer of 2005.

In 2005 Sam joined up with Pontypridd for a season although playing much of his rugby on permit with Llanharan.