Rhondda boy Brad Thyer was drafted into the Blues age grade and academy squads, going on to be capped by Wales at youth and under 20 levels. 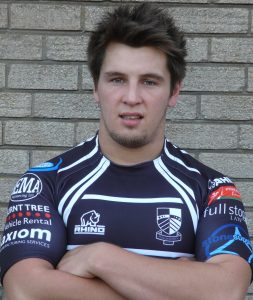 A loose head prop who was also able to cover on the tight head of the scrum, Brad was allocated to Pontypridd from the regional academy in 2012. In 2014 he took time out to play for the Balmain club in Australia and upon his return stepped up to senior level with the Blues whilst still turning out on permit for Pontypridd.

Despite suffering from a blood clot which led to a mini stroke in 2017 Brad was able to make a full recovery and resume as a senior player with the Blues.