Having come up through the ranks of his home town club of Llanharan, Harley Thomson was given his chance at senior level during the 2010 – 2011 season, still only aged eighteen. 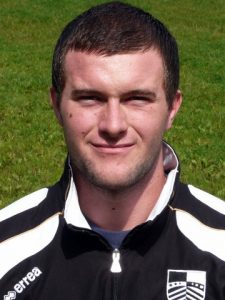 A forceful counter attacker from the full back position, Harley was drafted into the Blues age grade system and capped for Wales at under 18 level.

Having trialled for Pontypridd during the summer of 2011, Harley was rewarded with inclusion in the club’s senior squad for the following season.

Making fourteen competitive appearances for Ponty, Thomson scored three tries and kicked one conversion before his departure in 2012.