Hailing from Hengoed in the Rhymney Valley, James went on to play his rugby at junior and youth level for nearby Caerphilly, and then Llantwit Fardre in 2002, playing for the club’s youth team whilst also representing the Pontypridd Academy. 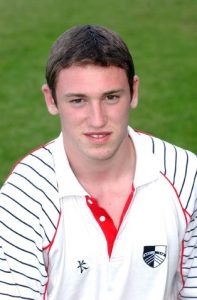 Rising to prominence as a fleet footed winger with an ability to poach tries, James made a number of appearances for Pontypridd during 2003 in friendlies against Glamorgan Wanderers, Tylorstown and Blaina, meanwhile progressing to the Llantwit senior team.

Whilst studying sports and leisure management at UWIC, James’ rugby career continued to prosper, becoming a regular with the Warriors Academy at under 21 level, before signing up for the Pontypridd senior squad at the commencement of the 2004/2005 season.