Church Village-born Calum Thomas came up through the ranks at Tonyrefail RFC, gaining representative honours with Wales at under 16 and under 18 level. 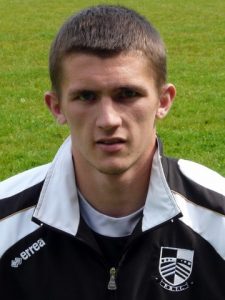 Further international honours followed with a call up to the Wales under 20 squad for the World Cup campaign of 2011.

Having been released from the Blues Academy, in the summer of 2011 Calum was given a placement with Pontypridd RFC for the coming season.

International recognition followed as Calum was drafted into the Wales Sevens FIRA squad.