Alun Thomas joined Pontypridd from Abertillery and established himself as a strong running centre running in nineteen tries in his time with the club. 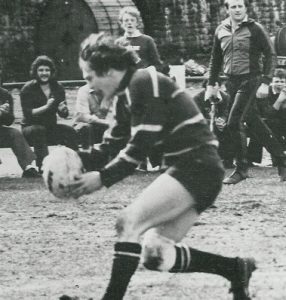 Employed as a teacher, Alun also represented Monmouthshire, and was unlucky to miss out on their match against the touring All Blacks in 1979, due to a knee injury.