Adam Thomas progressed through the ranks of his local club Ynysybwl, drafted into the Celtic Warriors Academy and then the Blues under 20s. 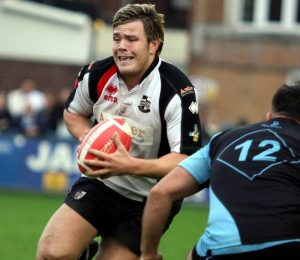 He was called up by Pontypridd in 2007 and established himself as a strong running centre or full back, often playing alongside his younger brother Jake at flanker.

Adam became a regular in the Wales Sevens squad, competing in the 2013 World Cup and often captaining the team.

In 2014 he was drafted into the Blues senior squad, and later placed on a professional contract with Wales Sevens which saw his involvement with Pontypridd coming to an end, but having made 152 appearances for the club, scoring 36 tries and totalling 186 points.