A locally produced scrum half from Pwllgwaun in Pontypridd, Matthew Taylor represented England Colts as well as Wales under 21s in his time with Pontypridd. 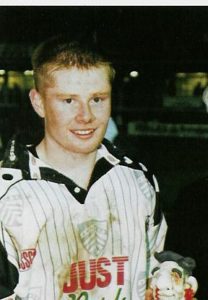 An industrious scrum half, who mainly played the role of understudy to Ponty stalwart Paul John, Matthew then went on to play for Newbridge, Ebbw Vale and Blackwood.