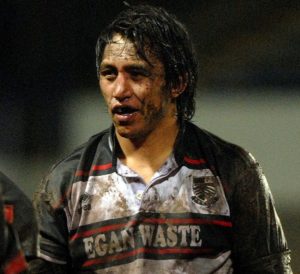 Having won representative honours with the Pacific Islanders team, Tu then had short spells with Pertemps Bees and Rotherham Earth Titans in the English division one, and then further spells with Henley Hawks and a short stint on permit with Swansea.

Tu Tamarua was drafted into the Ponty senior squad early in the 2006 – 2007 season, adding a valuable mix of experience and versatility, being able to cover across the back row.

Tu retired from Rugby at the end of the 2007 season, having been a shining light in the Pontypridd camp over the space of only a few games.