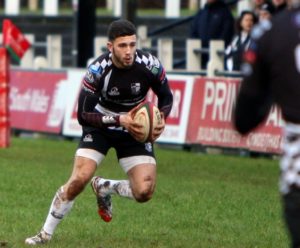 Involved with the Blues Academy, Aled was often to be seen in Ponty colours at senior level, playing on permit in the club’s Premiership and British & Irish Cup campaigns. The link with Pontypridd continued as Aled progressed to senior level with the Blues, having established himself as a strong running, try scoring winger, claiming no fewer than 19 touchdowns in his 47 club appearances.