Along with his brother James, William Spickett is regarded as one of the founders of Pontypridd RFC and was an influential player during the clubs inaugural years. 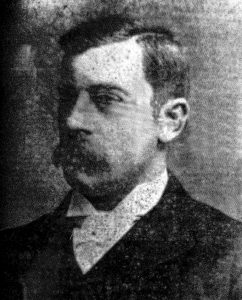 The Spickett family had moved to Pontypridd from Cowbridge as father Edward took up a position as Superintendent Registrar. The two sons James and William gathered together a rugby team to represent the fast growing industrial frontier town.

William Spicket was a player of distinction for Pontypridd, lining up amongst the forwards, and captained the team in 1883. He also represented Glamorgan County and East Wales and was a final trialist for Wales in 1884. He became well known in society as a Liberal politician.