Having previously represented Newport and Aberavon, Mark Smith joined up with Pontypridd in 1992. 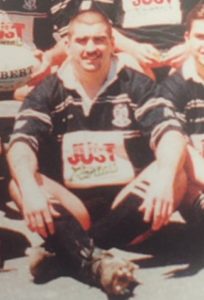 Packing down at loose-head prop, Smith – or ‘Boo-boo’ as he was commonly known – was in contention with club stalwart Nigel Bezani for his place in the team but still made a significant contribution to a team that was developing into a major force.

In his three year stint with Ponty Smith totalled 48 appearances, scoring 9 tries, before moving on to join valley rivals Treorchy.