A product of Gilfach Goch RFC Shay Smallman was called up as a trialist with Pontypridd in 2016 having earned a reputation as an effective ball-winning lock. 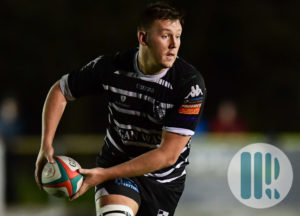 His move to Sardis Road became permanent, becoming a key member of the forward unit. Following a two season stay Shay moved on to take up an offer from the Ospreys region which saw him allocated to Premiership rivals Aberavon.