Sam Simon played for Pontypridd as a tight head prop during the golden era of the early sixties, but went on to further distinction as a club official. 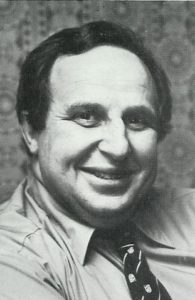 Serving as a WRU committeeman for many years, Sam was also a president and a director of Pontypridd RFC.

Aside from his rugby committments, Sam worked as a successful lawyer in the Cardiff area.