Carmarthen born Ed Siggery came up through the ranks of the Scarlets Academy, winning caps for Wales at under 16, under 18 and under 20 level in the process. 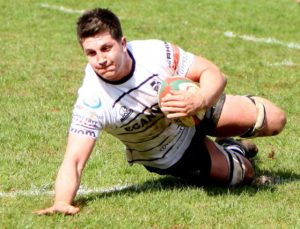 Having made a big impact as a dynamic and destructive blind side flanker Siggery enlisted to study at the University of Glamorgan, enabling his move to Pontypridd in the summer of 2010.

After a phenomenal first season for Ponty, Siggery opted to take up an offer from English Premiership outfit London Irish, and departed Pontypridd in the 2010/11 close season. During his time in England he also played on permit for promotion-winning Championship side, London Welsh.

Ed Siggery made a welcome return to the Pontypridd ranks in the summer of 2012 but only for a one season spell before heading back to London, this time enlisting with newly promoted English Championship side Ealing Trailfinders.