Merthyr born, Peter Sidoli represented Neath and Ebbw Vale at club level before progressing to the regional ranks with the Dragons. He had in the meantime been capped by Wales at under 21 level and was called into the senior national squad in 2004 but without winning a cap. 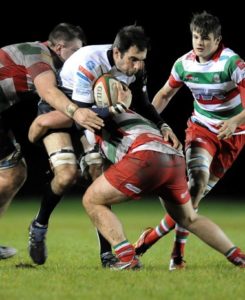 Having spent time in Italy representing Calvisano, Peter Sidoli retired from the game to focus on his work as a fitness instructor, but in 2016 answered an SOS call from his brother Robert, then coaching at Pontypridd, to bolster a depleted second row department. Peter went on to make 13 cameo appearances for the club before again hanging up his boots in the summer of 2017.