A product of Senghenydd, Rhys Shorney played for Pontypridd Youth before moving on to represent UWIC where he studied.

Moving back to Pontypridd in 1998, Rhys proved to be a prolific try poacher on the wing, equalling the club record, previously held by Karl Swain, of seven touchdowns in the one game, against Aberavon. 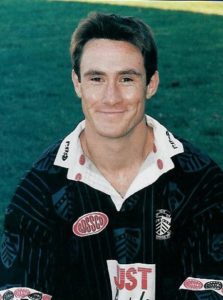 He ended with an amazing record of 19 tries scored in 19 appearances for Ponty, before departing to play for Ebbw Vale, Newport and the Gwent Dragons.