A native of Cilfynydd, Owen Sheppeard may have been destined to a rugby career, following in the footsteps of father Anthony and uncle Richard who both represented Pontypridd. 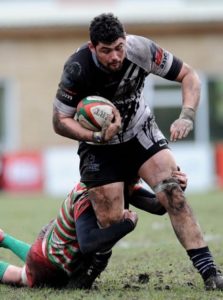 Having played for Beddau at junior level, Owen was drafted into the Blues Academy, gaining representative honours with Wales at under16, under18 and under 20 level.

Having already made a number of appearances for the club on regional allocation the previous season, Owen decided in the summer of 2011 to move from the Blues Academy to Pontypridd, whilst taking up an occupation as an electrician.

Combining physical prowess and a good rugby awareness at the back of the scrum, Owen Sheppeard proved to be a valuable addition to the ranks of Pontypridd RFC. He went on to reach the century of appearances for Ponty over a seven season period that was however interrupted by injuries.