Mike Shellard joined Pontypridd from his hometown club of Aberaman in 1975, having already gained international honours with Wales Youth, and represented the Welsh Guards. 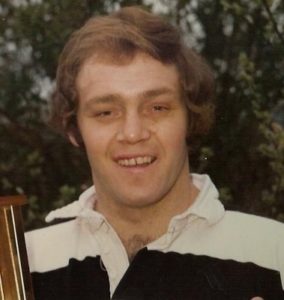 Over almost a decade with Pontypridd, Mike became a stalwart of a legendary back row unit along with Chris Seldon and Tommy David, gaining a well earned reputation as a fearsome, marauding trio.

Mike, who was employed as a NCB fitter, was a member of the Ponty team which contested the 1979 Welsh Cup final against Bridgend.