Originally from Glyncoch, Chris Seldon came up through the ranks of Pontypridd Youth before progressing to the club’s senior team in 1973. 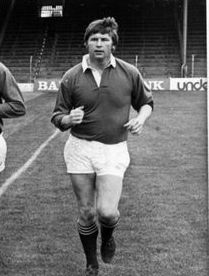 Time spent in service with the Welsh Guards, alongside his Ponty back row partner, Mike Shellard, helped mould Chris into a hard as nails back row forward who gave nor asked any quarter on the field of play.

Gaining honours with Wales B against the touring Pumas of Argentina in 1975, Chris was a member of the senior national squad, but unlucky not to win a full Welsh cap.

Having originally worked as a machine operator, Chris later set up his own insurance company in Pontypridd.