Having graduated through Pontypridd U19s and the Celtic Warriors Academy, Ryan George Edward Savage moved to his local club Mountain Ash upon the demise of the Warriors. 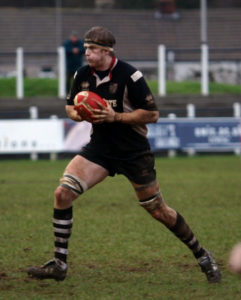 Ryan spent two seasons at The Old Firm, impressing as a mobile forward in their league campaigns. His efforts were duly rewarded with a call-up to the Ponty senior squad for the commencement of the 2007 – 2008 campaign.

Work commitments and a dedication to his young family forced Ryan, at the tail end of the 2011-2012 season, to reconsider his ability to train and play, week in week out at Premiership level, and a huge decision was made to retire from the semi-professional game.