Born in Pontypridd and educated at Ysgol Gyfun Rhydfelen, Matthew represented Ponty Schools before joining up with his hometown club at Youth level, a vital member of the team who went unbeaten throughout the 1996/97 season. 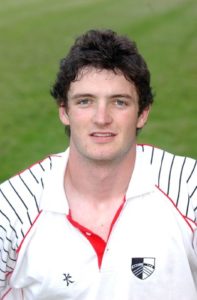 After studying sports science at UWIC, becoming the top try scorer for two successive seasons, Matthew joined up with Treorchy and then moved on to Ebbw Vale.

Representative honours had come Matthew’s way with the Wales U16s, Wales Youth, Welsh Crawshays and Welsh Academicals select teams, and with his name still appearing regularly as a poacher of tries on the score sheets.

In the summer of 2003 Matthew took up the opportunity to rejoin Pontypridd in the newly formed semi professional premier division scoring 5 tries in his nine appearances.