Alan Rose was born in Treherbert, and gained early honours with Glamorgan Schools and the Welsh Boys Club.

Graduating to senior club rugby, he had spells with Bridgend, Cardiff and Neath, and represented Pontypridd over a period of five seasons, running in 62 tries on the wing. 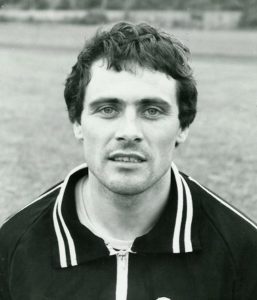 International honours came his way with Wales B and the WRU President’s XV.

Alan was employed as a production manager and insurance executive, continuing his relationship with Pontypridd as a valued sponsor after hanging up his boots.