The sight of a burly second row forward charging upfield like a rampant wilderbeest was common at Sardis Road when Neil Roper played for Ponty in the late eighties. 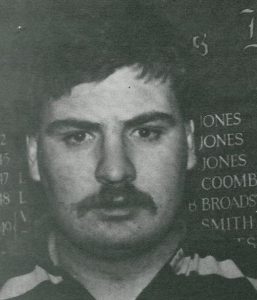 The giant policeman could also kick a goal or two from a fair distance. Neil Roper went on to play for Penygraig, and became an official of that club after retiring.