Hailing from Llanbradach in the lower Rhymney Valley, Owen Robins had been playing for London Welsh before he joined Pontypridd in 1993. 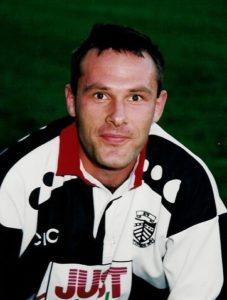 He made his mark at the club, running in thirty tries during a four season stay, contributing greatly Ponty’s Welsh league successes.