Hailing from Tonyrefail in the Rhondda Valley, Matthew Rees was a product of the Pontypridd under 21 Academy, earning rave reviews for his dynamic performances in the team’s successful campaign of 2000/01. 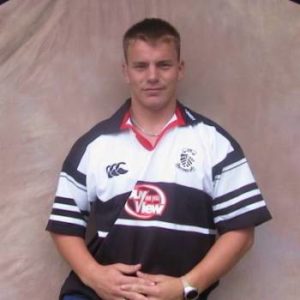 Although mostly understudying Wales international hooker Mefin Davies, Matthew – or “Smiler” as he was known to all at Sardis Road – became a valued member of the Ponty senior squad.

Called up to train with the Wales senior squad, and obviously destined for greater things, Smiler was drafted into the Celtic Warriors regional set up, but when that entity was wound up in the summer of 2004, then moved on to join the Llanelli Scarlets.

In the twilight of his playing career with the Cardiff Blues, Matthew returned briefly to Pontypridd to join the coaching set-up in an advisory capacity.