Rhondda boy Lou Reed made his break into senior professional rugby with the Scarlets, whom he joined in 2006 and from where he won five senior Wales caps. 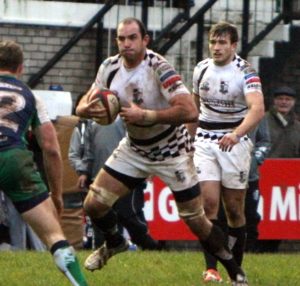 Making a return closer home to the Blues, the towering lock was allocated to the Pontypridd squad for its British & Irish Cup campaigns in 2014.

In a bid to redefine his playing career, Lou Reed then made the move to England to play for Sale Sharks.