Lawrence Price played his early rugby for Monmouth School, while also representing Gwent Youth. Having been capped by Wales at youth level, he then went on to play for Cardiff RFC through the youth and under 21 age groups, before progressing to the club’s senior ranks in 2004. 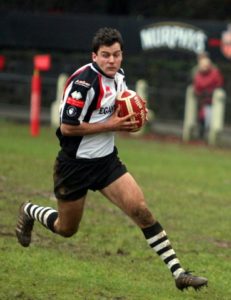 By that time a student at Cardiff University, Lawrence went on to gain further international honours with Wales Universities, earning a reputation as a potent midfield attacker who could also contribute with his line and goal kicking.

Lawrence’s rugby development was held up be a long standing knee injury, but still making his mark for Cardiff in varsity matches against Oxford and Swansea.

Having graduated in media studies, Lawrence was invited to join up with Pontypridd during the pre-season of 2006, making enough of an impact to be drafted into the club’s senior squad.

Lawrence left Pontypridd in the summer of 2009 to join up with London Scottish and then to set up his own fitness franchise.