Hailing from Hartlepool it was by enrolling as a student in the University of Glamorgan (USW) that Nick Prest became involved with Pontypridd RFC. 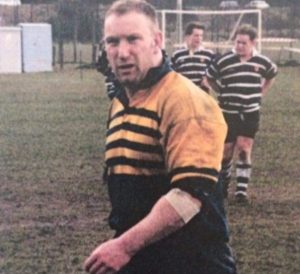 During his time playing for the college Nick was called up to train with Ponty as front row cover and made a solitary senior appearance in 1992.

Nick resumed playing for his hometown club in England after his student days, employed as a police officer.