Malcolm Pratten played at scrum half for Pontypridd during the club’s centenary season, featuring in the squad that turned out against the WRU President’s XV. 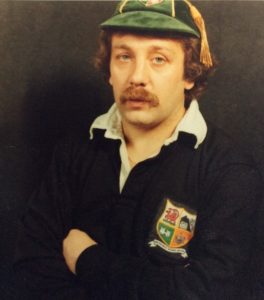 Vying for the no9 jersey with Gary Samuel and Robin Morgan, Pratten made 16 appearances for Ponty, also representing Bargoed and capped by the Mid District RU.