A product of Beddau RFC, Mark Powell, or “Curly” as he became commonly known at Sardis Road, joined up with Pontypridd in 1990. 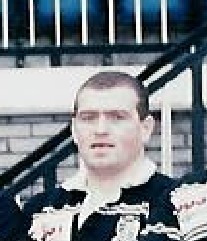 Entering a new era of the Welsh divisional league structure, Mark became a vital member of the club’s forward unit, shoring up the scrum at the tight head prop position.

Following a spell playing for Rhondda Valley neighbours Treorchy, Mark went on to become a member of the coaching team with the Pontypridd under 21s Academy.

In 2006, Mark took over from Ulster-bound Steve Richards as Pontypridd’s new Conditioning Coach, a role which he fulfilled until 2009.