Chris Phillips represented his local club Rhydyfelin from junior through to senior level, also spending a season with Beddau Youth. 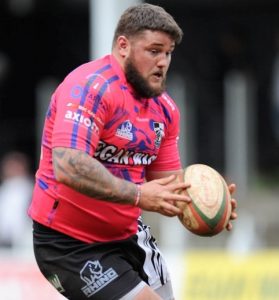 Having earned a reputation as a robust physical player, covering mainly the loose head prop berth but also able to pack down on the tight side of the scrum, Chris was drafted in to play on permit for Pontypridd before signing up full time during the 2010 season.

His development continued with a call-up to an extended Blues European squad in 2013 before Chris decided to rejoin Rhydyfelin in 2016 to help the club secure promotion to the Championship.

A return to Ponty the following year was a brief one before Chris took time out of the game, then electing to join up with Merthyr.