Hailing from Bridgend, Ben Phillips represented Cornelly Youth before moving on to join the Bridgend under 21 Academy. Graduating to senior level with the Brewery Field club in 2002, Ben then took a year out in Australia, playing for the Manley club. 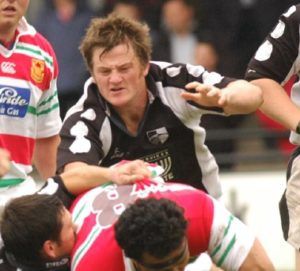 Upon his return to Wales, Ben once more turned out for Bridgend in the Welsh Premiership, before joining up with Pontypridd on the eve of the 2004/2005 campaign.

A student of sports analysis at UWIC, Ben played an important role off the field for Pontypridd, compiling the post match analysis DVDs for use by the coaches and squad.

In the summer of 2006, Ben departed Pontypridd to play for Doncaster in the English National League 1 under new coach, Clive Griffiths.