Hailing from Wakefield in West Yorkshire, Andy Parkinson played school rugby for Queen Elizabeth Grammar School, and was selected for Yorkshire under 16s. 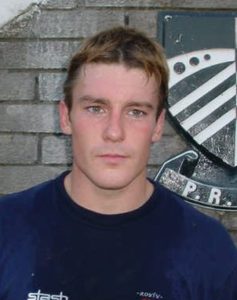 Having furthered his rugby credentials with the Leeds Tykes Academy, Andy launched on a career with the British Army.

Finding himself based in Bath, Andy forged a link with Pontypridd RFC through team manager Wayne Cullen, and turned up at Sardis Road as a trialist in the summer of 2005.

A number of impressive performances in pre-season games saw Andy selected for the Pontypridd senior squad for the ensuing season.