Having previously played for Treorchy and Aberavon, Rhondda born Adrian Owen joined up with Pontypridd in 1988.

A prominent member of a fearsome forward unit moulded together by coaches Clive and Chris Jones, “Ada” was a competent front of the line ball winner and a hard rucking grafter in the loose. 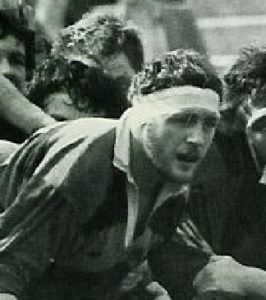 A fiery character on the pitch, as was becoming of his flame coloured hair, Adrian scored six tries for Ponty in his two season stint with the club.

Adrian was employed as a teacher.