Hailing from Tonteg, and having graduated through the ranks of Beddau RFC, O’Rourke was drafted into the Ospreys Academy whilst at University and played at senior level for Bridgend. 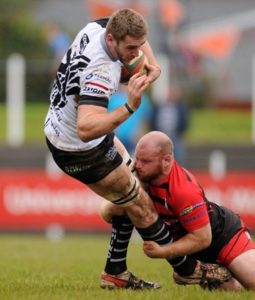 A member of the Wales under 18 and then the under 20 squad, O’Rourke was placed with RGC1404 in November 2013 and became a prominent figure in the north Wales side’s Championship campaigns.

In the summer of 2015 O’Rourke returned to his home territory, accepting an invitation to join the Pontypridd squad.

Having spent one season at Sardis Road, and making 21 appearances during which he crossed for 3 tries, a change of job with weekend commitments saw O’Rourke stand down from his duties with Pontypridd.